We had the good fortune of connecting with Doug Fisher and we’ve shared our conversation below.

Hi Doug, why did you pursue a creative career?
From an early age I was always interested in art and music. One of my biggest influences as I was growing up was my grandfather. He was a professional artist and raised 8 kids in New York doing illustrations for Northrop Grumman. He moved out to Colorado from New York when I was 4 years old, and I started to watch him draw or paint whenever I got a chance. Occasionally he would teach me a technique he was doing with his painting or drawing, but I picked up a lot from him just by watching him.

I didn’t take my own art too seriously as I got older, mostly because I always compared my art to my grandfather’s, and felt like I couldn’t match the level he was on. He would joke around and say things like, “You can’t make money as an artist!”

There was a period of time where I didn’t draw as much as I was starting to work and try to find a career. I had a hard time keeping the jobs I had early on. I was capable of doing them, but I always felt like something was missing and would leave to try to find what I felt was missing in those jobs.

Before I started tattooing I was doing some graphic and web design, and felt like I wanted to stick to that and make a career out of it. During this time I slowly found myself drawing again for different projects, and realized how much I missed it. After several years I hit a wall on that path.

Around the same time, I was starting to hang out at a tattoo shop my friend was getting tattooed at. I had an interest in tattooing earlier on as a kid, and considered it back when I was a teenager. When I was hanging out at that tattoo shop, I would walk around looking at all the flash sheets and paintings they had on their walls. I recognized some of the techniques used in those flash sheets and paintings from watching my grandfather as a kid.

Something clicked in my head at that tattoo shop, and I felt like I tapped into something I felt was missing in the other lines of work I was on before. I spent the next year or so painting my own flash sheets, and immersing myself in the history of tattooing and the tradition behind it. I was able to get an apprenticeship shortly after that, and I never looked back. 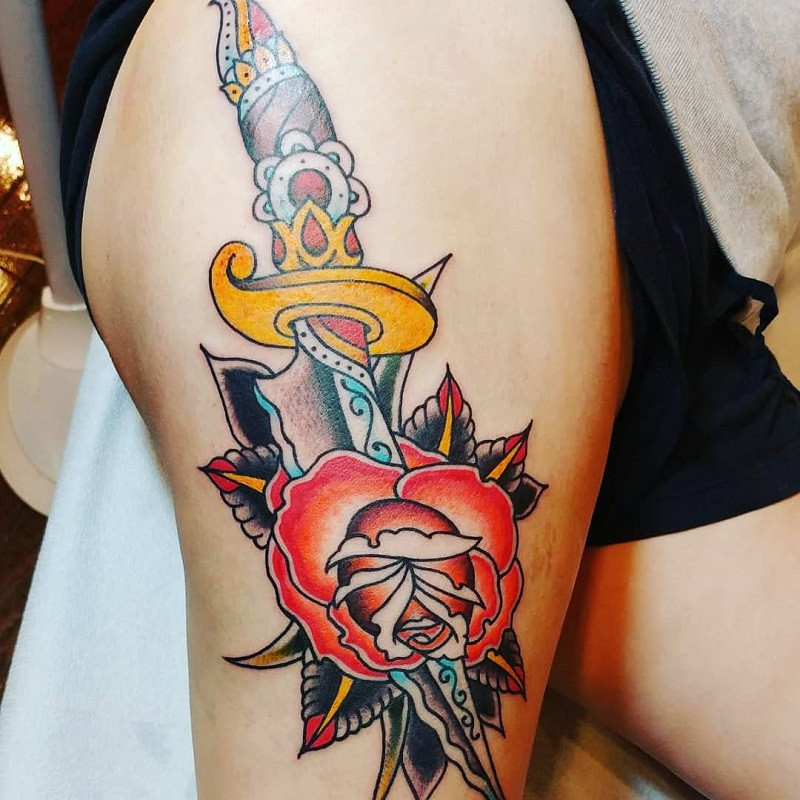 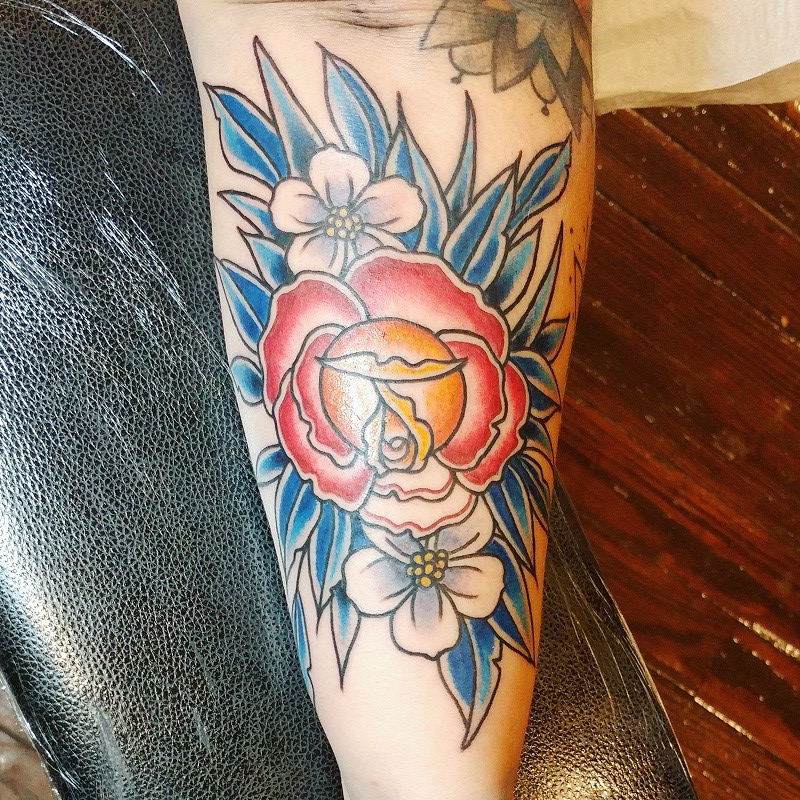 Let’s talk shop? Tell us more about your career, what can you share with our community?
I’ve had a lot of challenges along the way with tattooing. I think there will always be a challenge, and new ones will come along over time. A lot of people think my job is easy and I just sit around and draw all day, but they don’t realize all that comes along with tattooing. It can put a strain on relationships and I spend a lot of time thinking of upcoming tattoos. It follows me home. With that being said, I still love it and always will.

I’m always trying to learn and get better at what I do. I’m my own worst critic, and I feel like that is what pushes me to keep going. I love that I work with other tattoo artists that I can learn from and be inspired by. I think the most important thing for me is to keep learning and surround myself with people I can learn from.

Any places to eat or things to do that you can share with our readers? If they have a friend visiting town, what are some spots they could take them to?
There’s so many different things to do in Colorado. Garden of the Gods would definitely be on the list. I tell anyone from out of town to go check it out. Manitou Springs and Old Colorado City have been some of my favorite areas of the city. Pike’s Peak is another big one on the list. As far as where to eat goes, I feel like there’s a growing number of great restaurants and bar. A couple I usually recommend are Paravicini’s Italian Bistro in Old Colorado City and the Rabbit Hole in downtown Colorado Springs. 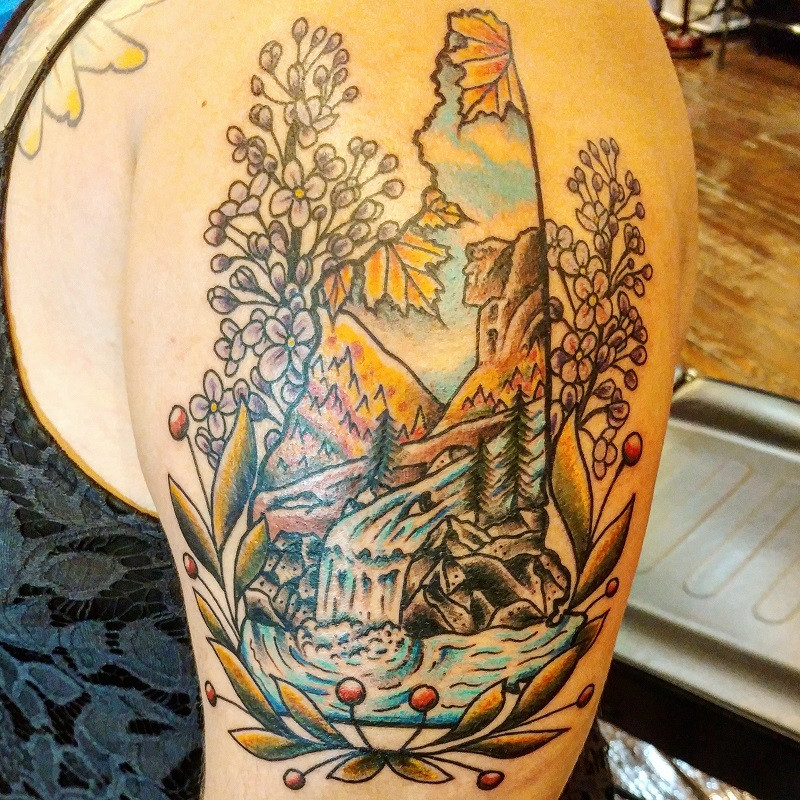 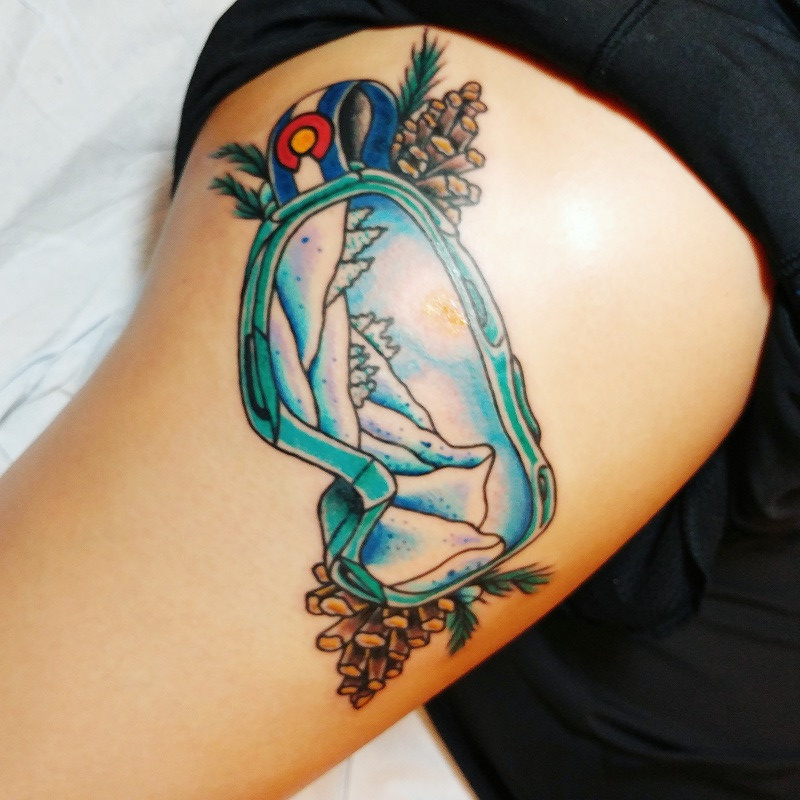 Shoutout is all about shouting out others who you feel deserve additional recognition and exposure. Who would you like to shoutout?
My grandfather for the huge influence he had on me and where I am now. My mentor, Steve Bauer, that I’ll always owe a lot of credit to.