We had the good fortune of connecting with Elan Wenzel and we’ve shared our conversation below.

Hi Elan, Let’s talk about principles and values – what matters to you most?
The values, sensibilities and ethos of Element Knife Company are support and education. These principles come from my background of over 20 years experience in the culinary industry. I’ve been classically trained in culinary school. I trained sushi in Japan. I’ve come to realize that I have the opportunity to pass along my knowledge to any young aspiring cook, chef or home chef. I view my local community and restaurant community as my peers. 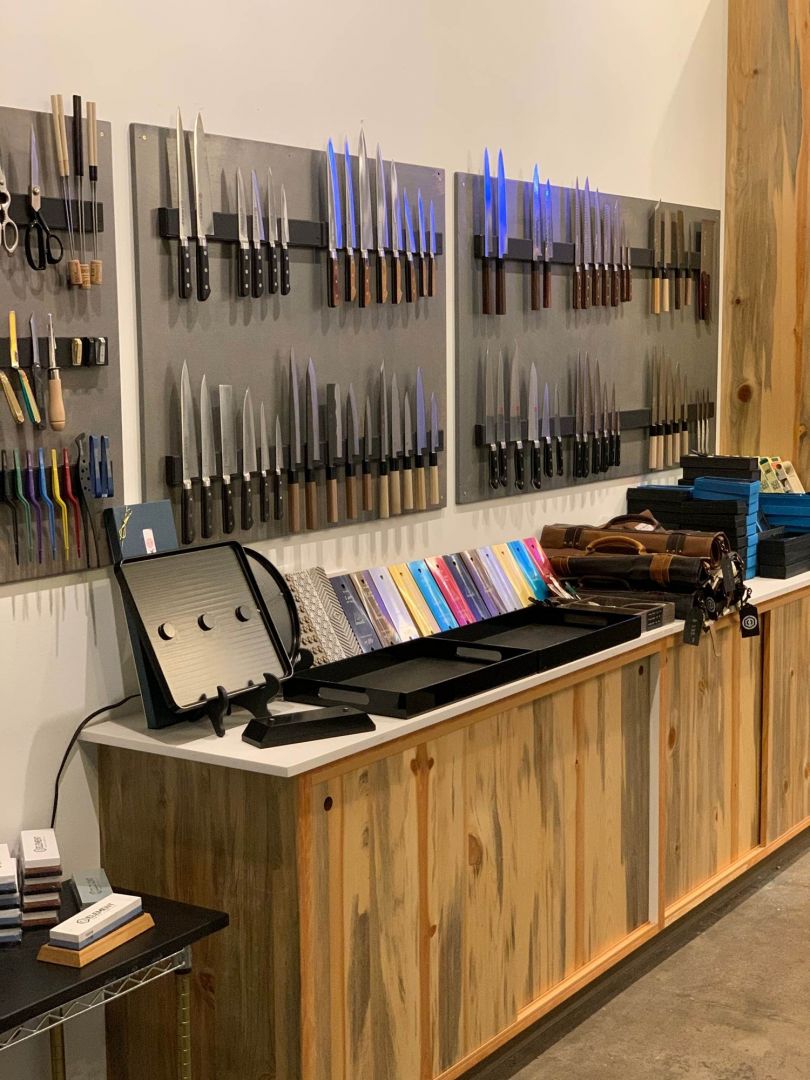 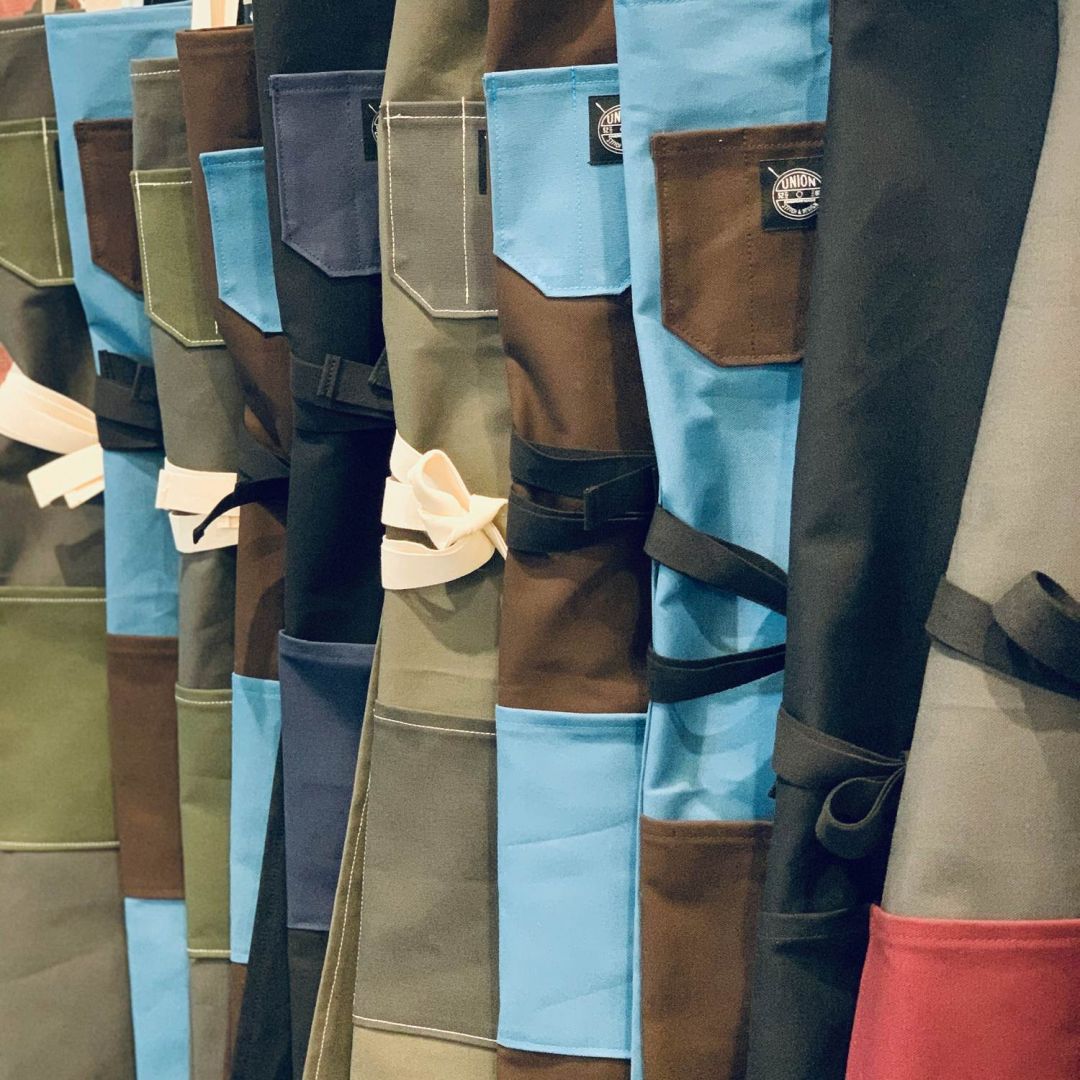 Can you open up a bit about your work and career? We’re big fans and we’d love for our community to learn more about your work.
I’m not sure if it’s luck or if it’s an innate ability to recognize opportunities. I do know for sure that what sent me down a path in the culinary arts was more on the luck side of things. My junior year in high school, our counselors we’re determined to set us on a career path. In that meeting, I had expressed that I wanted to pursue photography. The counselor had explained it might not be wise because of how competitive that field was. She suggested culinary arts, explaining I could be very creative and that chefs can make $100,000 a year. What did I know? So I told her to sign me up. I don’t know where she got her metrics from, but in the 20 years I’ve been in the industry, I’ve never seen a chef make that kind of money who wasn’t a celebrity chef or maybe some high ranking corporate exec chef. So, I was signed up for my senior year at a vocational school in a program where we ran the cafeteria. At the end of the year the director of that program, Barbara Lindsey had signed all of her students up in a state wide competition. H.E.R.O., Home Economic Related Occupations. I took a gold medal in a front of the house challenge and a silver metal in a back of the house challenge. She happened to know the director of a new culinary school at the time, Doug Schwartz. I had an interview and was excepted into Colorado Mountain culinary Institute. A three-year apprenticeship, I absolutely hated it! What I actually hated was the hard work, being away from my friends and family and the girl I loved. It was a struggle for the first year and a half. I came close to quitting a half dozen times and I probably came close to being kicked out a half dozen times. But I finally worked under some great chefs and fellow students who really took me under their wing. This helped me fall in love with cooking, learning and working. Oh, and a love for knives. I was hooked and determined. I graduated the program as Apprentice of The Year. Soon after, I took a lead cook position and then quickly moved into a sous chef position. Later, I found a job to be a Kitchen Manager for Wolfgang Puck Café. My first day of work, they needed help in the sushi bar which was supposed to be temporary. I fell in love with sushi and all over again with knives. I had never seen Japanese knives before. Subsequently, a few years later, I had an opportunity to train sushi in Japan. It solidified that it would be knives and sushi for life. I had befriended a traveling knife salesman. It was common for him to show up unannounced every three or four months. And when he did I would buy a thing or three and talk his ear off about Japan and knives. One day I had realized he was only going to Japanese restaurants. With how popular Japanese Cutlery was becoming, I suggested he go visit my friends who were chefs in the Denver area at restaurants that were not Japanese. This led to me calling and setting up appointments and driving him around. Unsolicited, he cut me a commission check because his sales had doubled. We both had an “aha” moment. For the next few years we had made sales calls together driving all over Colorado. During this time I learned more about him and the manufacturer he represented and that he wished to retire in the next few years. He trusted me and offered that I could sell knives when he wasn’t around. This is the origin of Element Knife Company. I continued to work hard at my job as a sushi chef and side hustle of selling cutlery. I was invited in 2017 to cook along side four other members in the Colorado FIVE. I was then invited the following year to be the alum chef for FIVE and in 2019 to be on Colorado FIVE’s advisory board. Throughout the season, the team cooks five local events plus Aspen Food & Wine, then cooks a Colorado-centric dinner at The James Beard House in NYC. Ultimately, I had started to become burned out. I was working 60+ hours a week, cooking with FIVE and trying to get my business off the ground. I was trying to make everything perfect and I was trying to recognize when the perfect time to jump would be. Also, if I’m honest, things like fear, comfort and complacency kept me from jumping into my business full-time. I finally realized the time would never be perfect and then one day it may be too late. So in 2019 I left my day job to pursue my business. One lesson I had learned back in Culinary school, in terms of being successful is to get involved. I had sponsored Cochon 555 as a way to network and support healthier food-ways. I also sponsored local culinary events and pop-ups like Chef and Brew. These involvements helped me find an opportunity for my first retail space. Then COVID hit…. now I say surviving is the new thriving. Meaning, it’s important to be adaptable and open to changes. I’ve since had to move my retail space with the possibility of changing what Element Knife Company is. But, at its core, we are here for support and education. 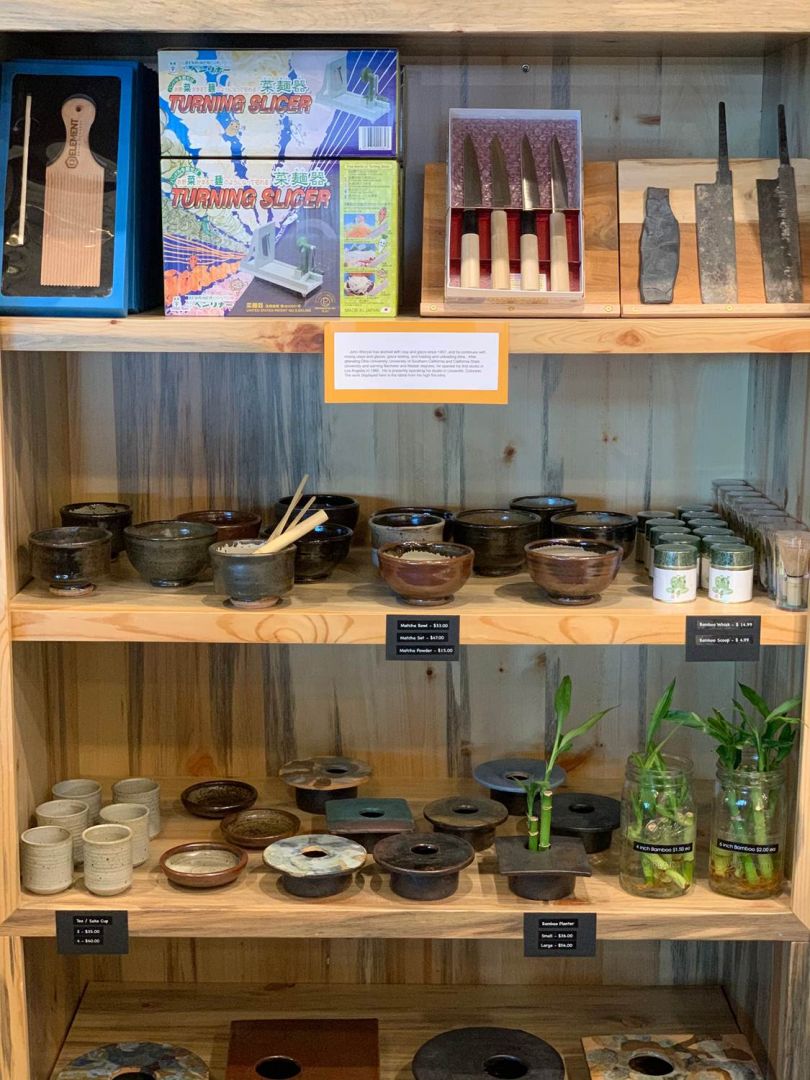 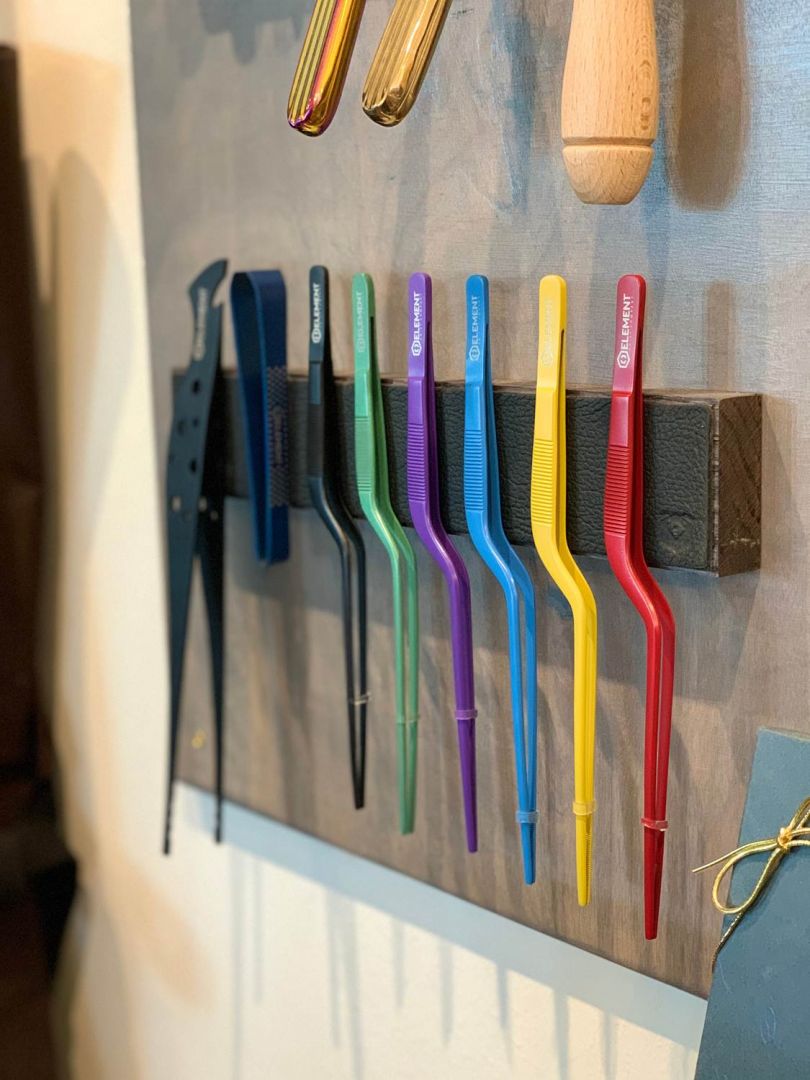 Let’s say your best friend was visiting the area and you wanted to show them the best time ever. Where would you take them? Give us a little itinerary – say it was a week long trip, where would you eat, drink, visit, hang out, etc.
Hiking and biking… Colorado has so many great trails. Some of the obligatory sites and events like a show at red rocks. I would probably nerd out a little bit and take them on a tour to Celestial Seasonings. Some of my favorite food spots: For tortas, Las Tortugas off Alameda. Dim Sum in Broomfield at Empress. Dumplings at La Wang Noodle House. Gin cocktails and bites at Ulteria. Sushi at Sushi Sasa. Denver Biscuit Company and pizza from Atomic Cowboy. Breakfast bagels at Rosenbergs. Burgers at Snarf Burger. A stop at Cirque Kitchen and Bits & Pieces food trucks. Dive bars on South Broadway and a Slim Cessna’s Auto Club show at The Meadowlark. 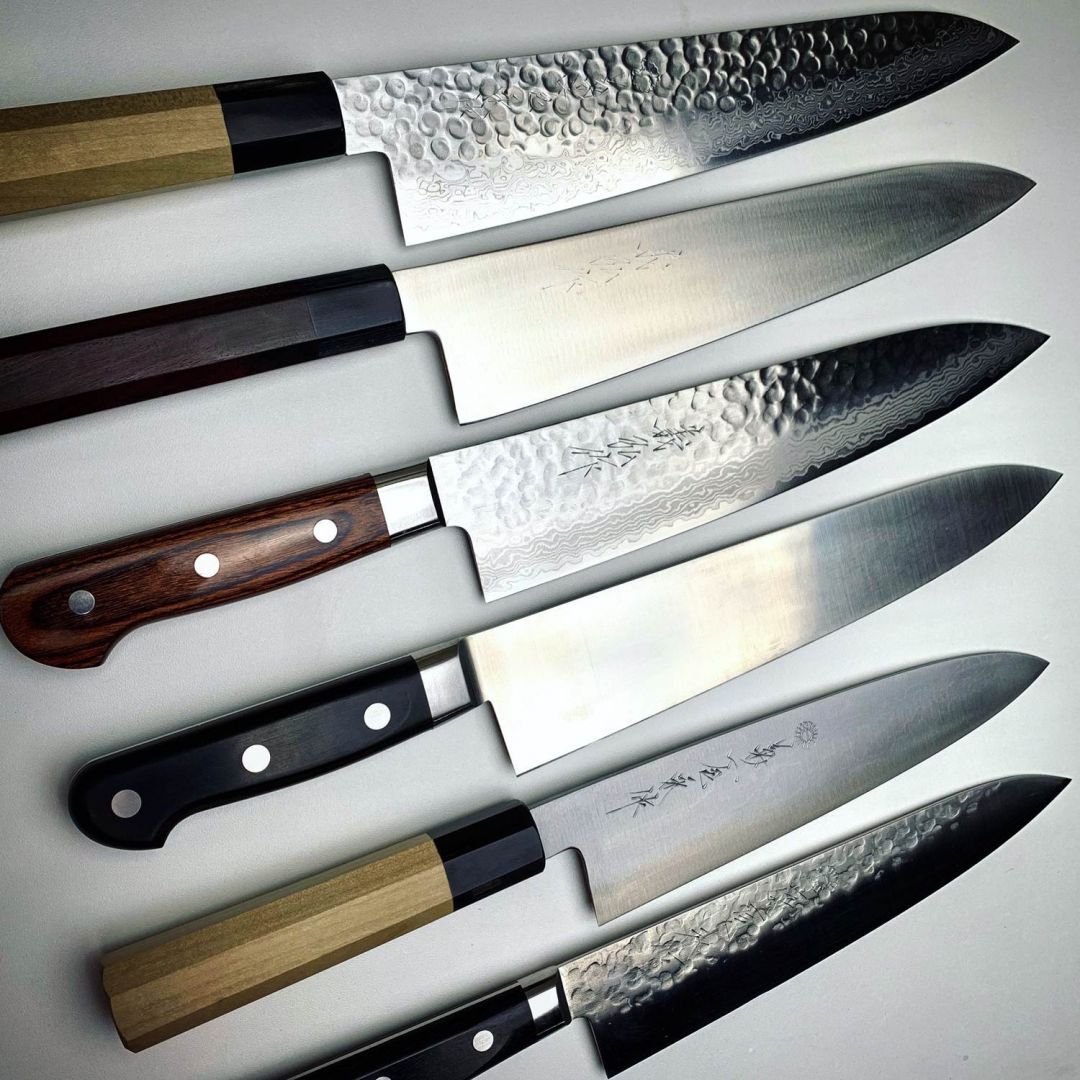 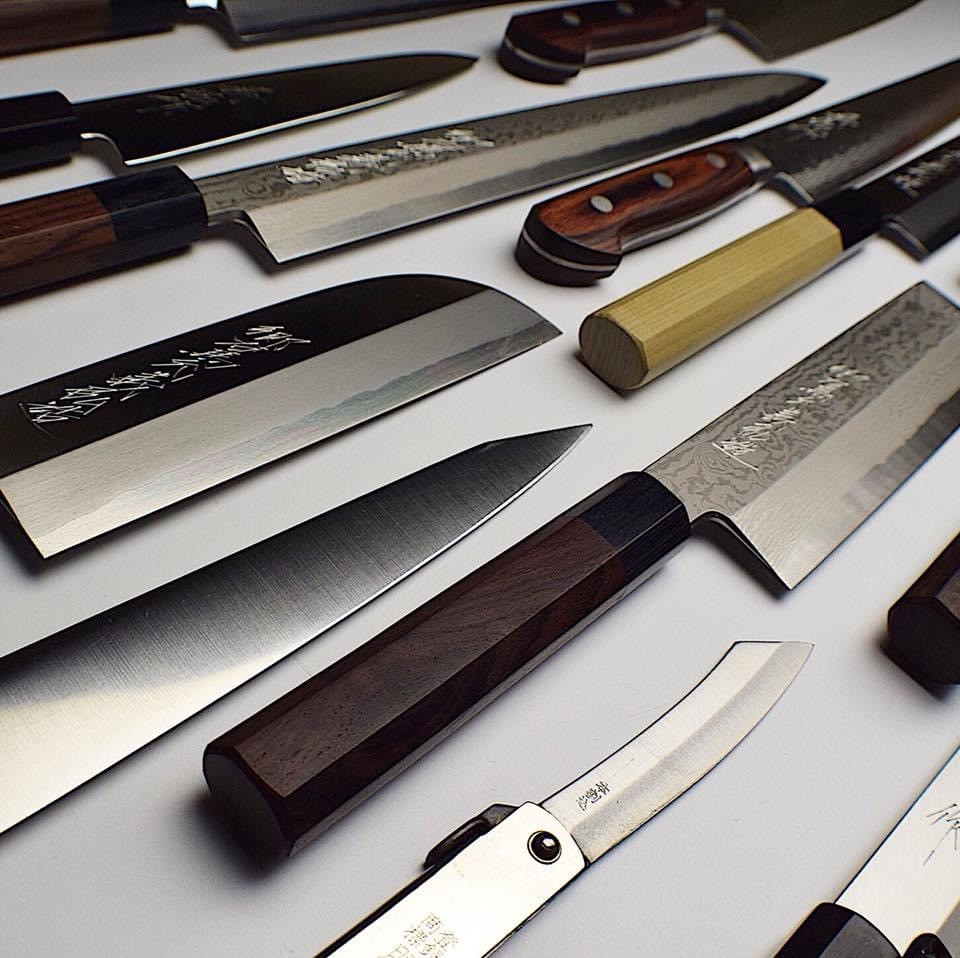 Who else deserves some credit and recognition?
A lot of folks have positively influenced me. In no particular order, here are just a few that have had lasting impressions. My grandma Rose had several encouraging truisms. One that really stuck is “If there is something worth doing, it’s worth doing right.”. In Culinary school, Chef David Welch pushed, lead, encouraged, and imparted work ethic. My mother and father, whose relentless efforts of support and honesty. This showed me the importance that anything outside of that sensibility is a disservice. That translated within the times that I lead and taught. 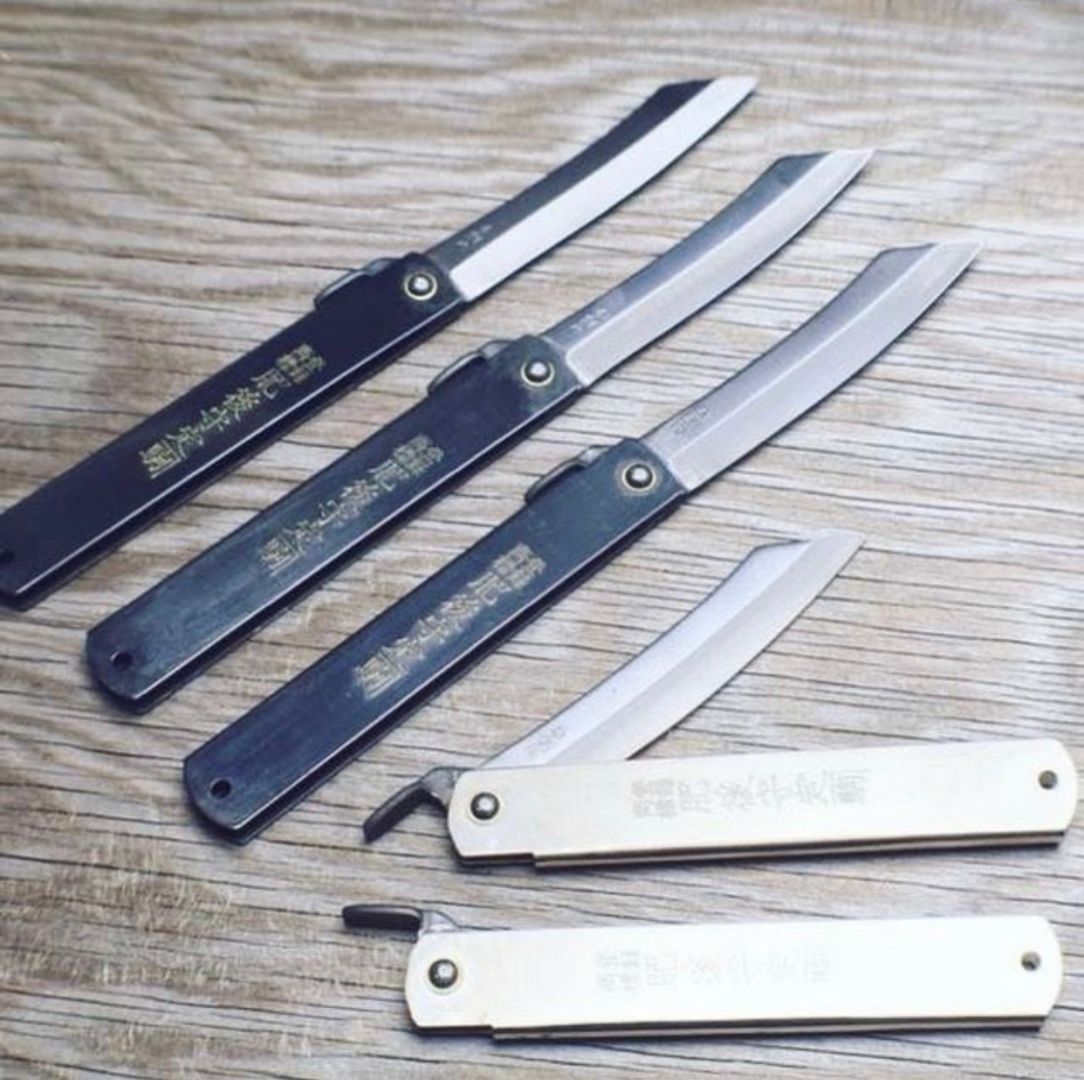 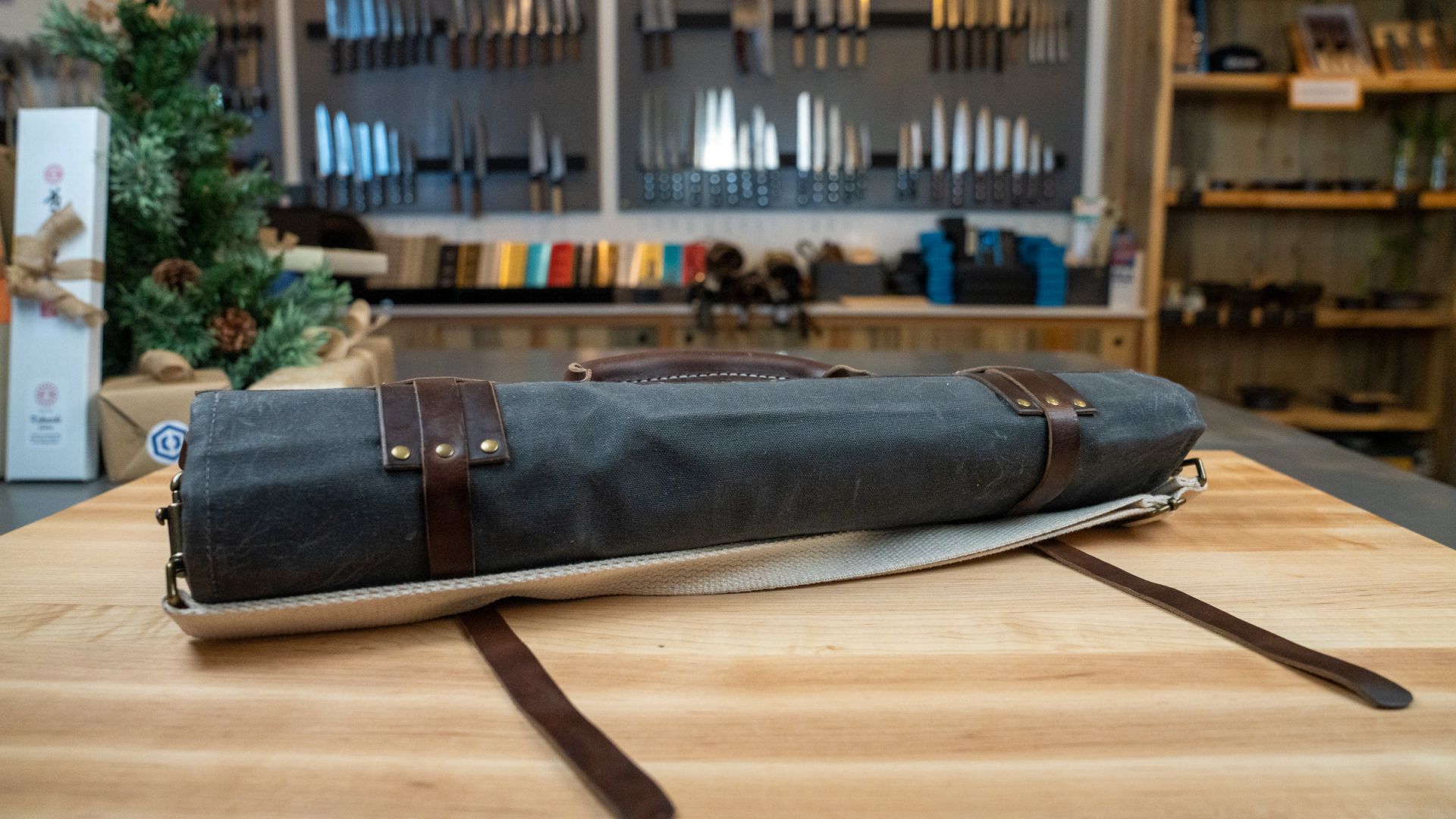